The Rise and Fall of Many Netflix Series 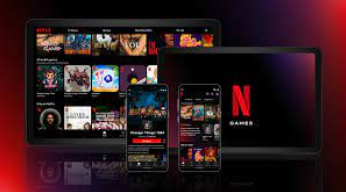 Anne with an E. Grand Army. I am Not Okay With This. These are among many hit Netflix original shows that have been cancelled in the recent months. Along with this, many shows and movies are being taken off the platform, including Glee, the Twilight Saga, and Gossip Girl.

Ampere Analytics, a market-leading data and analytics firm specializing in media found that, on average, a Netflix original only gets two seasons before getting cancelled. Each series has its own reason for cancelling, and many shows have been hit hard by the recent Covid-19 pandemic. Some were delayed, and some even cancelled permanently.

Grandy Army, a Netflix Original that came out in October of 2020 just recently announced their cancellation due to two story writers quitting because of “racist exploitation and abuse.” The show is rated TV MA, suggesting for mature audiences only and parental permission to view, followed the lives of five students at a Brooklyn High School, as they experienced real-world issues like systemic racism, mysogony, rape, and even terrorism. An inspiring story to many, the announcement of a cancellation earlier this year was devastating to viewers.

After Netflix announced that they will be cancelling “Julie and the Phantoms” after just one season, many fans took their frustration to Twitter. User GFLR_world tweeted, “Omg Netflix cancelled another fan favourite show on a cliffhanger after only one season? I’m shocked.” User BBID_ added an emotional response, “ACTUALLY APPALLED @netflix HAS CANCELLED JATP HOW DARE YOU CANCEL A SHOW WE ALL LOVE AHHHHH.”

However, what some fans may not know is that financials may be the big culprit. Cindy Holland, Netflix’s vice president of original programming explained that, “The biggest thing that we look at is, are we getting enough viewership to justify the cost of the series?” Getting more into analytics, Tom Harrington, an analyst at Enders Analysis explained how “They have to give [a show] more money per series, and if they decide to recommission it, it becomes more expensive for them to make,” he says. “Because of that, so many more shows are canceled after two series because it costs them more.”

It may sound weird, but the next time you think about indulging in a new Netflix series, do your research! Think about the viewership, set costs, anything with a quick google search. It sounds strange, but just think about how many shows were cancelled in the past few years.