On The Rise: Feather – From High School Band to Remixing Blackbear 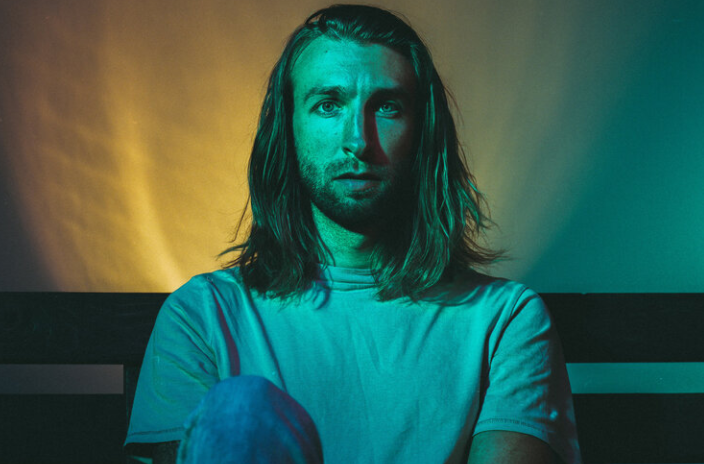 Feather (real name Kyle Featherstone) started playing music at age 9, playing the piano at home, and continued this hobby “playing piano in an Indie-Pop and Rock band in high school and college.” Featherstone states when asked in an exclusive interview about his origins in music; “I started playing seriously in college. I ended up leaving that band and joined another band, a very pop-oriented band. I went to my first music festival and found electronic music, around the time when pop started getting electronic music mixed into it. That’s when I decided to leave the band and decided to learn how to produce, not knowing what type of music I was going to make.”

Featherstone’s artist alias “Feather” was created when he still played in his college band, “A friend started calling me Feather, and band members caught on and it became a thing. When I started making music I was encouraged by a friend to use that, and it stuck ever since.”

Drive and practice are some of the most important aspects of getting better at something, and in Feather’s case “It’s literally the only thing I care about. I obviously care about other things, but it’s one of the main things that’s always on my mind, and I’m always trying to grow and get better. I was always trying to find out how to make it in the industry. This project has been almost every day. As an independent artist, there’s a lot of extra things that don’t involve making music. Social media is a huge part of marketing. I also make most of my graphics, marketing, album art, sets and live show work. Everything takes a lot of effort, research and learning.” Practice makes perfect, and in his case, has reaped Feather considerable rewards.

With millions of net streams on Spotify alone, Feather is a quickly growing name in the EDM industry. When asked about his biggest successes, “It’s hard to decide what success means,” Replied Feather. “I could say a few things. Having music released and my EP being streamed over a million times, that’s a success that I wasn’t even planning on, and having a remix come out of some big-label artists. I also got to play a headline show at a local festival. It’s hard for me to know which one is the biggest success for me. The fact that I’m able to do any of this as a career I can call a success.” Clearly humble about his accomplishments, Featherstone continues to refine his craft and explore new types of music.

In early November, Feather officially released his remixed version of “Memory” by artists Kane Brown and Blackbear. “This release was interesting to me because I got connected to Kane Brown’s team by my manager,” Feather says. “He sent me the stems, and what I made actually got approved. I was actually in a period of change where I was trying to make new types of music. I wasn’t sure if they would like it, but they did. My reaction was like “Oh, I wasn’t expecting that.” It was a good learning opportunity for making music. Even if you don’t think something’s amazing, someone else might see it that way and love it.”

Feather has gone from playing the piano for fun, to headlining shows and working with industry-leading artists, and that’s just part of his story. “I appreciate anyone who takes the time to listen and I always want to take the opportunity to give back to the community. I’ll always try to get back to people who message me,” Kyle says, “definitely keep an eye out for new music coming out soon!”