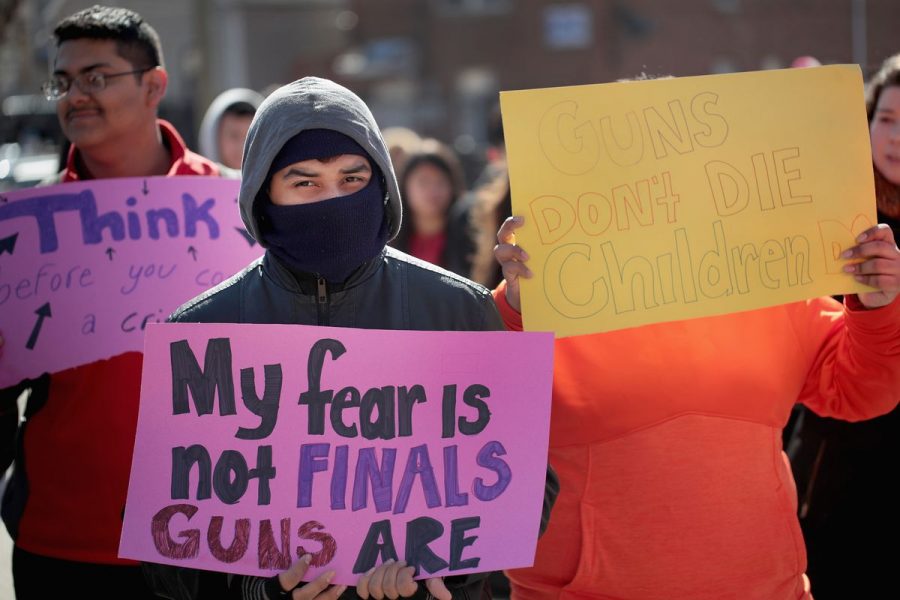 Gun violence is on the rise in America especially,as the U.S has seen a total of 610 mass shootings last year, almost 200 higher than in 2019. Despite this, many communities are lacking authority and investment to help stop these horrific crimes. In the past 2 years more than ever, police violence and shootings by the police, often aimed towards blacks, have spiked at an all time high.

After the police shot one black boy from Knox, Tennessee, people young and old, gathered to demand justice for not only Thompson, but for all the people and families who have faced gun violence and shootings, “We’re trying to fight anti violence in a community that has lacked investment all my life. These people are here because we’re tired, frustrated, and we’ve been ignored.” says Dasha Lundy, a commissioner of Knox County’s.

These people have struggled to watch the stories about gun violence and shootings in the U.S, yet now that it has happened to someone in their own area, feel that they cannot just sit and allow this to happen.

People spoke for answers in front of the Knox County Commission, and later peacefully protested the streets, only for militarized helicopters to arrive.

Thompson’s death was not the first, in fact violence like this has gone on for a while.

Looking deep into the violence in our country, there is no one reason this has continued to happen for so long, and there is no one person that has caused the shootings.

One woman speaks up explaining how it is all of us that defines what the future will be,  “I can’t look at any of you and put the blame specifically on you, and I can’t look at anyone in my community and put the blame specifically on them. This is on all of us together, and we have to come up with a solution together,” she said.

Hearing the stories of many,especially in Jackson, who have been victims of gun violence, is hard to process. Kazery Smith was just one of the 40+ people who have been killed in Jacksonville during 2021. Smith’s mother spoke in an interview describing how she, ” thought [she] would be the one to be buried, but now [she] [has] to bury [her] child and it shouldn’t be like this,” Smith’s mother Missy White said through tears.

In fact, the non-violence protests give all Americans the chance to use their voices, to speak out against the shootings and deaths and show that change is needed, as it is needed now.

Gun violence keeps rising in not only just cities like New York and Jackson but across the country,“ New York has seen murders jump 23 percent in the first six months of the year compared to last year during the same time. Shootings are up 46 percent. In Dallas, violent crime increased more than 14%. In Philadelphia, homicides are up 20 percent. Hudson explained senseless violence is often caused by people’s socio-economic situations and those who don’t value their life or that of others.” One news source states.

610 mass shootings occurred last year, staggering an all time high. Now, the U.S is on track to again pass that number. The statistics are hard for people to stand, which is why many are trying so hard to bring change to the U.S. People are not staying silent anymore, and are continuing to come together in order to give America a stronger and more powerful voice.