George Floyd and OJ Simspon; Is There Comparison To Be Made In These Infamous Trials? 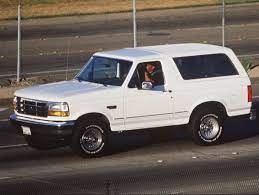 On Monday, April 19th, Derek Chauvin’s trial began, he has been charged with second-degree unintentional murder, third-degree murder, and second-degree manslaughter, for sitting with his knees on George Floyd’s chest, a terrifying scene captured in a viral video of George Floyd’s death, the video later propelling the country into an active movement. A nation, divided by fear and anger, stands by to wait for the verdict.

25 years ago, the United States public stood divided in the same way, during the OJ Simpson trial. OJ Simpson had been charged with the murder of his ex-wife Nicole Brown Simpson, and her friend, Ronald Goldman. Race and racial inequalities in the justice system play a huge role in both of these trials, and while very different, both of the cases have received a lot of public attention.

To continue, the real division of today’s public happened not during the trial, but as soon as George Floyd’s murder happened. A lot of people felt that what happened to Goerge Floyd was a horrifying example of police brutality against Black Americans, which sent the BLM movement into motion, even more than it had been before. But some other Americans feel that George Floyd was resisting arrest, and that he was a ‘thug’ and died from drug use, not from asphyxiation.

When OJ Simpson was proved not guilty, crowds outside had very different reactions. Many black people were relieved, and happy, as they had won a case in a justice system that was always rooted against them. But a lot of white viewers appeared very disappointed and angry- as they believed OJ Simpson was a dangerous killer.

The media and the public were heavily attentive to both of these cases for numerous reasons. The public was heavily attentive in OJ Simpson’s case, because he was a very famous veteran football player, and he had also appeared in multiple films such as The Naked Gun, Roots, and The Towering Inferno. Also, when Nicole Simpson and Ronald Goldman were found dead, a long car chase began, the police going after OJ, in what was later named The OJ’s Bronco Chase. This chase was televised, and it’s estimated that around 95 million people watched.

One similarity both these cases have in common is that the public’s interest were both propelled by a viral video. In George Floyd’s case, video footage showed Chauvin sitting on Floyd’s chest with his knees, while Floyd had already been handcuffed, and was unarmed. The video, which was watched at home by millions, showed George Floyd uttering his last words, “I can’t breathe”, before dying. This video sparked a public outrage no one could have foreseen.

Both of these cases left a deeply divided public in their tracks.