The US Department of Justice drops lawsuit against Stephanie Wolkhoff, for writing a tell-all book about her experience working as an advisor for Melania Trump 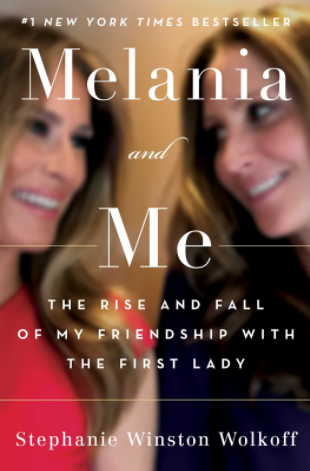 The government’s lawyers have dismissed the lawsuit against Stephanie Winston Wolkoff, who had worked as a volunteer advisor for Melania Trump. She planned to write a tell-all book about Melania, titled, “Melania and Me: The Rise and Fall of My Friendship with the First Lady.”

The Department of Justice pressed charges against Wolkoff, because they feared her book contained confidential information she learned as an advisor for the first lady. Wolkhoff also signed a non-disclosure agreement during her time in the White House, and the agreement had no end date, and the DOJ said publishing the book would breach her fiduciary duty.

When asked about the allegations, Wolkoff stated, “The President and First Lady’s use of the U.S. Department of Justice to silence me is a violation of my First Amendment rights and a blatant abuse of the government to pursue their own personal interest and goals,” “I fulfilled all of the terms of the Gratuitous Service Agreement and the confidentiality provisions ended when the White House terminated the agreement. With the publication of my book ‘Melania and Me: The Rise and Fall of My Friendship with the First Lady,’ I have exercised my right to free expression. I will not be deterred by these bullying tactics.”

But because of the fact that Ms. Wolkoff, as she stated, does have her first amendment rights, and since her tenure in the white house is over, on February 8th, 2021, the DOJ lawyers filed a dismissal of the suit filed against Stephanie Wilkhoff, because of lack of a valid argument to use against her.

The book was published in September 2020, and quickly became a #1 New York Times Bestseller. The feedback on the tell-all biography was intense. A ton of readers felt that the book showed Melania Trump’s true colors and character, and in the reviews of the book on Google, readers said things such as, “…Also how profoundly Melania was actually devoid of sincerity or moral decency”, and, “I had to wonder how much of Melania’s coldness, indifference, secretiveness, using her friend for favors and tolerance of Donald was at least partly due to growing up in a communist country?”, and commented on how little self-respect Wolkoff must have had, to maintain her one-sided friendship with Melania, especially considering how horribly Melania apparently treated her.

As much as the DOJ tried to fight it, the book, containing vigorous libel against Melania, is published, and available to the public. Although the book doesn’t really contain any legal secrets or breach any confidentiality agreements, the book attacks something much more important, Melania Trump’s character.