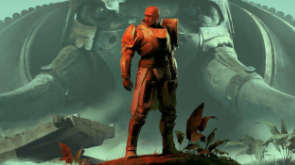 According to steam tracker Destiny 2 has a total average of 8.4 million players around the world an average of 600,000 playing online per month, the fan base for the game is constantly growing and now it will be even bigger with the new season.

Destiny 2 is a game that has constantly been growing over the past couple years, however more recently they have been accelerating at an incredibly high rate by announcing their three new DLC’s , with the first one already released in November 2020.

Polygon.com says “Destiny 2 Season of the Chosen is the second season of content in the game’s fourth year, following on from the debut of Season of the Hunt which launched alongside Beyond Light in November, and the 13th Season in total.” Even with the expansion packs on the way Destiny is still consistent with their seasons.

The new Season of the Dawning is one of Destiny 2’s best yet. By introducing a new threat Empress Caitel the daughter of Callus the season’s main story is instantly more intriguing than past seasons. And the new gear and weapons for players to collect and play for have increased immensely

Luke Drouin is a South Windsor High School student and constantly plays Destiny 2. “I have been playing Season of the Dawning nonstop since it dropped last Tuesday” says Luke “I am really enjoying the game, however the competitive aspect against other players still needs a lot of work to make sure the game is fair.”

Destiny 2 is constantly growing and while they still have a long way to go, the next three years of Destiny 2 is looking very bright for all the Guardians out there.