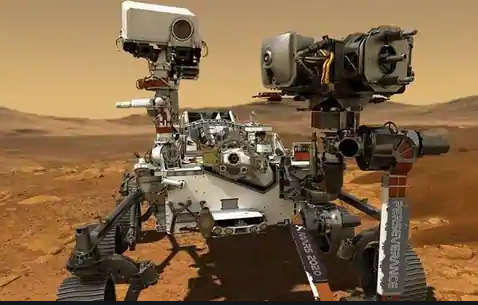 The Curiosity rover is a lot less lonely this week, as Perseverence, the new, $2.7 billion dollar rover, reached Mars on Thursday. After its July launch, Perseverence traveled over 300 million miles to reach the Red Planet. The rover features several new features compared to its almost 9-year-old counterpart, including Below-surface radar. It’s the first radar tool to be sent to Mars, and will scan for water and ice, after being penetrated into the soil, just as its technology is designed to on Earth.

Another new technology onboard is a Martian Co²-Oxygen converter, named MOXIE. It is the first test of air composition conversion, giving us insight into the air of our Planetary neighbor, and benefit us greatly. If a conversion is possible, the occupation of Mars would be an easier process, with one less issue to deal with.

The Scanning Habitable Environments with Raman and Luminescence for Organics and Chemicals instrument, more aptly named SHERLOC, seeks out areas that humans could live in for their chemical or a potential organic composition. It has a color camera attachment, named WATSON, or Wide Angle Topographic Sensor for Operations and eNginerring.

Accompanying Perseverence is a groundbreaking new robot. Ingenuity, a dronelike robot, will fly up into the atmosphere, and test air composition for oxygen in the upper atmosphere.

As of 3: 56 pm on Thursday, February 18th, the rover performed an autonomous landing over 300 million miles away. What Perseverence and Ingenuity can tell us about Mars will revolutionize space travel, and the eventual colonization of Mars and beyond.