A Review of ‘Blinded by the Light’ 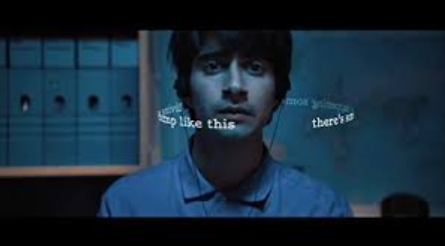 The movie ‘Blinded by the Light,’ directed by Gurinder Chadha, tells the true story about a Pakistani teenager, Javed, who goes through racial and economic hardships in Luton, England, during the year of 1987. In order to escape the realities of his life, he writes poetry which ultimately is his way out of the little town. His traditional father, who has views completely the opposite of Javed, faces a job loss and a rocky relationship with his son. Javed is tired and bored with himself and wishes to change his clothes, hair, and face, showing others that he is a man, not a boy and dreams of the promised land.

When Javed attends his first day of school, he meets another Pakistani, who introduces him to the music of Bruce Springsteen. Right away, Javed is able to see the parallelism between the lyrics and his own environment. Later on in the movie, because of Springsteen’s lyrics, Javed is able to truly find his place in life, what his purpose is, and to follow his dreams. At the end of the movie, Javed is able to go overseas to America to become a better writer and ultimately escape the small town to pursue his passions.

The main character, played by Viveik Kalra, says that when he first heard Springsteen’s songs, it was during one of the scenes being acted out; he says that “maybe if I’d heard Bruce before, the sort of euphoria you see on the character’s face in the experience and in Bruce wouldn’t have been the same.” According to IMDb TV, the movie got a 6.9 out of 10 for ratings and an overall 89% on Rotten Tomatoes. The Wall Street Journal says that “Gurinder Chadha’s coming-of-age drama transmutes the raw feeling of Bruce Springsteen’s music into another kind of feeling, no less raw but leavened by giddy excitement that culminates in joy.” The New York Times’s review of the movie says it, “showcases Springsteen’s music as the driving force in the life of a 1980s teenager in the London suburb of Luton.”

‘Blinded by the Light’ tells the story through comedy, drama, and music, while Javed learns to find his voice through the music of Bruce Springsteen. Through love, hardships with his family, and poetry, he aspires to be like his role model, Springsteen, whose music helps him get through the worst of his days.