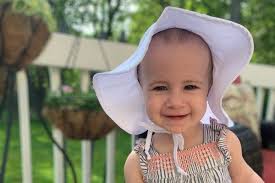 Recently, a grandfather was charged after his granddaughter, Chloe Wiegand, died after falling off a cruise ship in July, The family was on the Royal Caribbean cruise ship for vacation when Chloe had reportedly plummeted to her death eleven stories as the ship was docked at a port.

According to the Washington Post, Anello, told us that, “[he] had placed Chloe on a railing in a water play area next to a set of windows… Chloe liked to bang on the glass at her brother’s hockey games. He wasn’t aware the window was open.”

The story took a turn on October 28th, when the grandfather, Anello, turned himself in to Puerto Rican authorities. Authorities say that when Anello turned himself in he said he, “negligently exposed the child to the abyss through a window.”

At first, the story was unclear, and Anello had originally told us that Chloe was banging on the glass window that wasn’t there and that was how she had fallen, but video camera footage later which authorities did not want to release, showed a different story that led to further assumptions.

On the other side of the story, Chloe’s parents, Kmberly and Alan Wiegand told the “Today” show that the cruise line was to blame for their daughter’s death.

“We obviously blame them. There are a million things that could have been done to make that safer.”

They also believe that Anello would never try to put their kids in danger and since that day, truly believed there was glass and will cry over and over again. Anello, if guilty, will have a vail set at $80,000 and up to three years in prison.