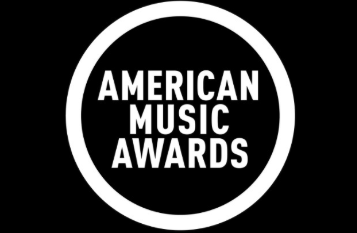 The American Music Awards were held on Sunday, November 24th this year and consisted of a variety of different performances by artists. The event took place at the Microsoft Theater in Los Angeles, California and many known celebrities attended to support other artists all while enjoying themselves and listening to good music.

Selena Gomez kicked off the show with her two newest songs Lose you to love me and Look at her now. After about two years of not being in the spotlight, this was her first live performance, so it did not go as well as expected. Many people on Twitter criticized it by saying that the singer was “off-key” and that her voice was “shaky”. Although the performance was rocky throughout, the audience seemed to have enjoyed it anyways. After the American Music Awards ended it was revealed by a source at E! News that she had had a panic attack moments before walking on stage. Even though the performance did not go as well as intended, Gomez posted a picture on Instagram with the caption “Feels good to be back. Thank you to my entire team and to my fans that stand by me. All of this is for you and because of you. excited for this chapter.”

Following Gomez’s performance were songs from the artist Ciara, Lizzo, and Thomas Rhett, who all performed separately. Ciara sang the song Melanin with Ester Dean and La La Anthony. Lizzo sang a beautiful rendition of her song Jerome, which captivated her audience. Thomas Rhett sang his catchy song called Look what God gave her.

After these three performances, Shawn Mendez and Camila Cabello took the stage with a steamy performance of their hit song Señorita. Mendez played the guitar all while the two of them sang in harmony together. The couple’s vocals were on point and their chemistry was very apparent as they sang through the whole song. From the cheering from the audience, one could tell that this song was a hit. That night, the couple also won the collaboration of the year award for their work on Señorita.

Then, Kesha sang her new single, Raising Hell, from her upcoming album that will be coming out in January of the year 2020. She performed the song with Big Freedia, who rapped alongside her. Soon the song ended and she transitioned into singing her successful song from 2009, Tik Tok. This upbeat and popular song caused the audience to dance and sing along. Overall, it was just a fun performance to watch.

It was a great transition when Kesha performed her past hit to Toni Braxton performing Un-Break my Heart that was released in 1996. She sang the ballad flawlessly and proved that she still has it. After about eighteen years of not performing at the American Music Awards, she truly awed the audience. People on Twitter posted comments that praised her performance, one user stated “Okay can we talk about Toni Braxton’s performance at the AMAs. Boy she is so radiant as ever and that is one classy performance, I gotta say this is one of the best highlights of the AMAs.”

After such a soulful ballad, Billie Eilish stole the stage with her song All Girls go to Hell. The performance consisted of Eilish running around and dancing all while flames encapsulated the stage behind her. The crowd sang along with her as she performed and when the song ended a platform lifted her up above the ground. Later in the night, Eilish won two awards. One of which was Favorite Alternative Rock Artist and the other being Best New Artist of the Year.

Succeeding Eilish was an artistic production by Halsey of her song Graveyard. Her voice was great and held a lot of emotion, but the presentation was really what fascinated the audience. All while singing, Halsey and a dancer wore all white, danced, and threw colorful paint at each other. It was a very creative and intense performance as it carried on, and later on in the song, the lights changed colors. As the song intensified along with the singing and dancing at the end, Halsey sang the last word of the song and was breathing heavily afterward. That night Halsey also won the award for Favorite Pop/Rock Song for her song called Without me.

After such a creative performance, Green Day, Camila Cabello, and the Jonas Brothers performed separately. Green Day put on an energetic show with the songs Father of all and Basket Case. Cabello used autotune to bring her song, Living Proof, to life along with many dancers dancing around her. Finally, the Jonas Brothers sang their song Only Human from TD Garden in Boston, Massachusetts, as they were on tour.

Following the Jonas Brothers’ performance, Taylor Swift was awarded Artist of the Decade and produced a medley of popular songs that she has written in the past decade. The medley started off with a short snippet from her song called The Man, which is from her new album Lover. She then continued by singing a part from Love Story from her album Fearless, then lead into singing I Knew You Were Trouble from her album Red. Swift then transitioned into a slower song called Blank Space that was in her 1989 album. Things sped back up when she began singing Shake it off that was also from 1989. Singers Camila Cabello and Halsey joined her to sing this hit song. Swift concluded her performance by sitting behind a piano and singing Lover from the album of the same name. While she sang, dancers Misty Copeland and Craig Hall swept across the stage.

However, this was not the only thing that happened to Swift that night. She had won five awards along with the Artist of the Decade award. The five other awards were as follows: Artist of the Year, Favorite Music Video for You Need to Calm Down, Favorite Female Artist for Pop/Rock, Favorite Album for Pop/Rock (Lover), and Favorite Artist for Adult Contemporary. The six awards that she won on Sunday made her the most awarded female artist with twenty-nine total American Music Awards.

To continue on with the live show, Christina Aguilera and A Great Big World performed Fall on me. This led to Post Malone’s performance of Circles and Take What you Want with Travis Scott, Ozzy Osbourne, and Watt. Post Malone also won the award of Favorite Rap/Hip-Hop Album for his album Hollywood’s Bleeding. After Post Malone’s performance, Dua Lipa performed her song Don’t Start Now, and soon after Shania Twain was introduced.

With Twain being the last performance of the night and her first time performing on the American Music Awards stage in sixteen years, she made it special by starting off with a medley of popular songs from the decade. It included Rockstar by Post Malone, Stressed Out by Twenty One Pilots, Shake it Off by Taylor Swift, and God’s Plan by Drake. After the medley ended, she transitioned into her own music, starting with You’re Still the One. She then sang Any Man of Mine as dancers danced with and around her. Twain continued with That Don’t Impress me Much and finished with Man! I Feel Like a Woman.

In the end, there were many great performances at the American Music Awards this year and there were many well-deserved wins in each category. Congratulations to the winners and nominees.