Spectrum receives gold rating in first competition of the 2019 season 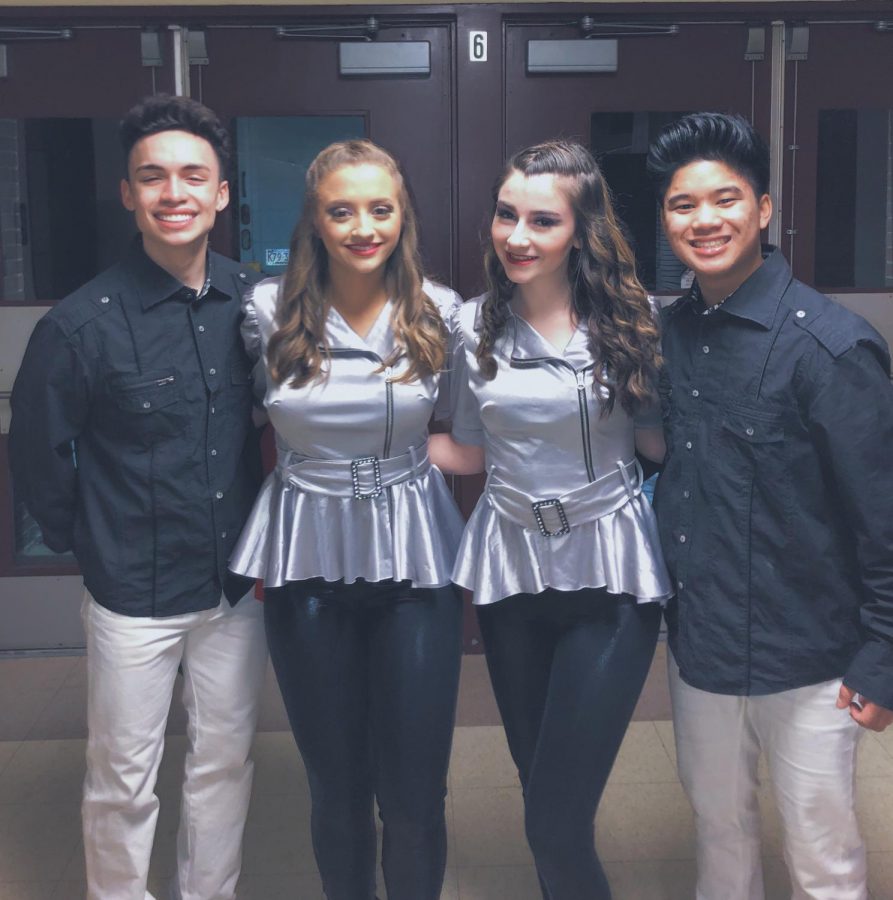 At the Shepherd Hill show choir competition on Saturday, February 2nd, Choral Spectrum received a gold medal, fifth place overall, and second place for their band. As their first competition of the season, the group wasn’t sure how well they would do compared to the other teams. Though they didn’t get first place, as they did last year, the group still received a gold medal for their set.

Here is the live stream video from the competition. Choral Spectrum’s performance can be found at 2:02:00.

During their performance, there are 6 songs with choreography by Tori Burns and Jarad Voss, as well as 7 solos. To begin the performance, the group sings “Hard Times/High Hopes,” with solos from Marcus Rodriguez and Will Harper. The dynamic song has lots of sharp arm movements, making it an energetic opening. Harper’s solo is unique, and he said that “this time was difficult because I have a rap and it is harder to keep the rhythm,” as opposed to his other singing solos in the past.

To contrast the first song, the second is a ballad called “20 Something/Working for the Company,” that begins with a solo from Grace Helmke. The band was very strong and loud during this song, which is something that group member, Lizi Malone, says “needs work because we (the singers) have to match the strength of the band.”

After the group finishes the second song, they sing “If I Own Today,” with a solo by Oli Griffin. This song has less dancing, and focuses more on the vocal talent of the group. To contrast, the group then makes a costume change as group member, Noah Pichay performs a solo to start “Freedom/Perfect World.” His solo leads into a solo from student leader and senior, Leah LePage. As her solo ends, the group enters in gold dresses and red/black suits. To transition to the final song, freshman, Ishyau Ray sings a solo. The song, “Sunday Finest,” is upbeat and vibrant. It includes lots of dramatic poses and sections of swing dancing.

Though it was their first competition of the season, the group was excited to perform together. As Malone explains her favorite part of being in the group are “the relationships that I have formed through it.” The student leaders, Livi LaRosa, Leah LePage, Will Harper, and Marcus Rodriguez, help to ensure that everyone feels prepared and that rehearsals go smoothly. This group is a tight knit family, and despite there being many new members this year, group traditions have endured. Malone described that the group stands in a circle holding hands and reflecting as a pre-performance ritual. They also put a penny in their left shoe for good luck. While rituals are important, the passion and dedication given to the group is what makes them prepared and ready to compete. Senior, Alex Amoro, expressed that “I love  competing, it’s the best feeling ever. Being on stage, in front of all the people that love doing exactly what you do is a feeling you can’t explain. It’s such a wonderful feeling.”

This year was Choral Spectrum’s 15th year on the New England Show Choir Circuit. The group is directed by one of South Windsor High School’s music teachers, Mr. Martineau. With many more competitions coming up, the group will be working hard to perfect their set and prepare for the rest of the season.