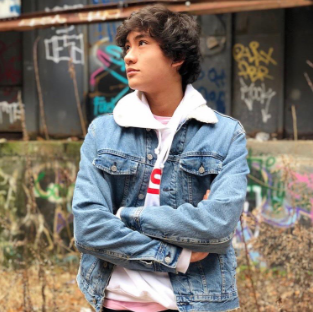 Last school year, South Windsor High School made it a requirement for all seniors to complete a Capstone project in order to graduate. They get the options of a Student Interest Project, a Job Shadow, or a Community Impact Project to finish by the first semester of their Senior year. While many students decided to start school clubs or do volunteer work, Nathan Curameng, class of 2019, opted to instead build an entire computer on his own, stating, “I’ve wanted to build a computer for a really long time, and I saw Capstone as a perfect opportunity to finally do it.” Although he spends a lot of time outside school running cross country and being with his family, he’s been interested in technology ever since he was little. He also has different hobbies related to computers and the internet as well. For instance, he loves creating humorous edits on social media and playing video games with his friends.

As you could imagine, putting together a computer and having it run smoothly was not a simple or easy task for Nathan. Starting in November, he bought all of the pieces necessary to start the strenuous process, saying, “It took a long time if you include the research I did to make sure I had the best parts I could get for the project.” After receiving the parts in the mail, he worked on his computer nearly every day for hours on end. He had to learn strategies of cable management and route all of the wires correctly, which required a lot of effort and patience. But in the end he said, “It was stressful, but also fun and worth the time I spent on it.”

Nathan will be presenting his project during the next wave of Capstone presentations on January 17th, along with many other seniors that are eager to get a good grade on their work. Although he is nervous like the majority of seniors getting ready to present, the success of his project speaks for itself; After all of the building process, it runs and works smoothly. Just like Nathan, some other seniors have taken Capstone as an opportunity to explore their interests further and create things.