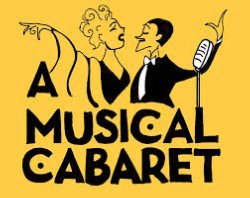 The South Windsor High School Music Department has been successful for years. It is home to several award winning music groups such as Choral Spectrum – a co-ed auditioned show choir, Spectrum Band – the auditioned band that plays the music for them. Treble Choir – an all girls auditioned acapella group, Understaffed – the all male acapella group, Wind Ensemble, Chamber Orchestra, and more. These talented groups perform all over the east coast for concerts and competitions, but every once in a while they take a break from their busy rehearsal schedule to perform on their home turf. Cabaret is a concert that showcases Treble Choir, Understaffed, Choral Spectrum, Spectrum Band, and various soloists. They have hors d’oeuvres at a sort of “social hour” before the performance starts.

Last night I attended the second night of the showcase where the middle school show choir was featured in addition to the other group. Sadly, there were no hors d’oeuvres on the second night ( *Insert sad emoji here*).  The middle school show choir, Spotlight, was up first. My 8th grade year was the first year of Spotlight, so the group is near and dear to my heart. The curtain opened and the middle schoolers were wearing full on costumes, hair and makeup. The girls were wearing blue glittery cocktail dresses and the guys were wearing shimmery shirts. When I was in Spotlight we wore t shirts, leggings, and black shoes… I was impressed by the advanced choreography and music that the group was performing. The lady next to me then informed me that the group is now an auditioned group. When I was in 8th grade the idea was inclusion and that anyone could be in the group. I guess a lot has changed since the group started almost 5 years ago.

Next up was the acapella groups. Understaffed performed their version of “This Love” by Maroon 5. As a huge Maroon 5 fan, I obviously loved that. Treble Choir sang beautifully. The soloists were fabulous. Senior Griffin Cox performed an original song. It was cool to listen to the lyrics and know that he had written those down from his own thoughts and his own life experiences. Senior KaSandra Choutka performed the song “Rise Up,” a fairly difficult song to sing but she did absolutely amazing. As always, Choral Spectrum was awesome. The kids in that group are talented as ever and I am proud to say I am friends with the majority of them. There were quick changes! Lifts! Spins! Stunts! Facials! Dancing! Singing! It was awesome! It felt like a party. It was just so much fun to watch. It was my second time seeing the set but I only realized that half way through because it seemed like such a new experience! To me, that is what makes a good performer. Someone who can give you something new every time. Senior Matt Sivo agrees that it is important to give the people something fresh. Especially the judges who watch hundreds of show choir performances every year. “Choral spectrum performs their show in front of an audience about 8 times each year” says Sivo. “Since we perform it several times, there is always something new to introduce or something to fix.”